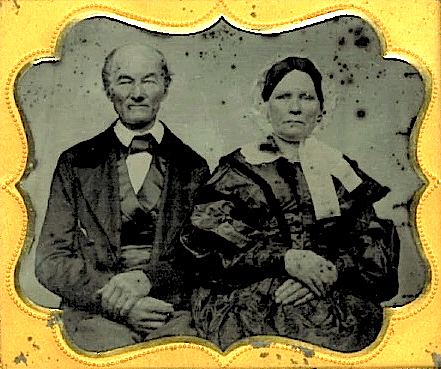 Silas Horton Dickerson must have immigrated to Upper Canada when quite young, since at 14 he was a printer’s apprentice in Kingston. He later worked in Montreal as a typographer for Nahum Mower, owner of the Canadian Courant and Montreal Advertiser. In the spring of 1823 he settled in Stanstead, where he began publishing the weekly British Colonist and St. Francis Gazette, the first newspaper printed in the Eastern Townships.

Dickerson’s venture had a difficult beginning. The region served by his paper was extensive and without adequate roads; his subscribers were poor and scattered. He often had to accept payment in kind. In the early years the British Colonist, as well as reprinting news from American papers, took a particular interest in religious questions. Dickerson gave a good deal of space to articles on religion and morals, and to letters from missionaries, especially Methodists. Thus he duplicated in the Eastern Townships the endeavours of his former employer, Nahum Mower, who was now encouraging in Montreal the publication of Protestant periodicals. From 1826 Dickerson regularly opened his paper to local correspondents who, writing under various pseudonyms, demanded improvements in the area’s highways and administrative structures.

Because he published comments from a number of his readers on the conduct of John Fletcher*, a judge in the Saint-François district, Dickerson was ordered by Fletcher to appear in court on 25 March 1826, was arrested, and was fined £5. The author of an article to which exception had been taken, Francis Armstrong Evans of Kingsey, whose name Dickerson had been obliged to disclose to the judge, was also arrested, imprisoned for three months, and then released on suspended sentence and bail of £200. Dickerson thought that Fletcher’s attitude threatened freedom of the press in the region. Consequently, on the advice of a lawyer in Sherbrooke, Pierre-Joseph Cressé, he decided to sue the judge in the Court of King’s Bench at Trois-Rivières for illegal proceedings. This move initiated a series of legal skirmishes involving Fletcher and Dickerson, his lawyer, and his incriminated correspondents, which went on for more than two years. Between September 1826 and June 1828 Dickerson was arrested on four occasions, found guilty of contempt of court three times, and imprisoned for several weeks. The fines and bail he had to pay totalled more than £600. Finally, in 1828, the court of Trois-Rivières declared the matter beyond its jurisdiction.

Despite these legal and financial reverses, Dickerson continued to publish his newspaper, which displayed an increasingly definite political commitment. Late in 1828 he filed a petition against Fletcher before the House of Assembly at Quebec, and the house set up a special committee to inquire into the case. The committee concluded in 1829 that the judge had exceeded his rights and acted arbitrarily toward several persons, and it asked the governor-in-chief, Sir James Kempt, to relieve him of office. Its recommendations, like those of other select committees of the house in 1831, 1832, and 1836 dealing with the judge’s conduct and other matters, remained a dead letter. Dickerson was neither exonerated nor compensated, but to the province’s progressive circles he had become a martyr for freedom of the press.

Hoping to make political capital out of this situation, Dickerson ran in the 1829 election for the new constituency of Stanstead. He obtained only a handful of votes, but his paper came out more and more strongly in favour of the reform majority in the house, and in 1834 publicized its firm support for the 92 Resolutions, which set forth the assembly’s principal grievances and demands. The growing acceptance of the British Colonist’s ideas among those in the Eastern Townships who were of American origin, and the forum it provided the member for Stanstead, Marcus Child, who had openly joined the reformers, worried loyalist circles which were headed by Sherbrooke’s prominent citizens Edward Hale*, John Felton, Samuel Brooks, and Hollis Smith*. Taking advantage of Dickerson’s heavy debts, some Sherbrooke merchants had his printing-press sold in June 1834. Ironically the press, when brought to Sherbrooke, was used to print a tory paper, the Farmer’s Advocate and Townships Gazette.

Although deprived of his paper, Dickerson went on fighting for his beliefs. As president of his riding’s reform association in 1834, he received Louis-Joseph Papineau* when he came to Stanstead to celebrate the victories of reformers Marcus Child and John Grannis in the elections of that year. During the insurrection of 1837 he took refuge in the United States, and for several years there is no trace of him. He returned, however, to Stanstead, and in 1854 was appointed collector of customs. In January 1857 he became the first mayor of the village of Stanstead-Plain. He died there some months later of lung congestion.