Louis de Buade, Comte de Frontenac et de Palluau by William J. Eccles. I read this long ago and have never forgotten it. I’ve recommended it many times to prospective biographers of subjects who were both difficult to like and to admire. Eccles manages to capture Frontenac’s abundant flaws while recognizing the challenges he faced. The detail and knowledge of diverse sources is striking, as is the explanation of why great historians like Francis Parkman did not understand him. Put simply, they did not do their research.

Goldwin Smith by Ramsay Cook. A brilliant biography that manages to be admiring of Smith’s style, intelligence, and verve while deeply critical of his anti-Semitism and Anglo-Saxon nationalism. The biography blends reflections based on modern perspectives on race and empire with a deep understanding of the motivations and prejudices of 19th-century English intellectuals.

Sir Wilfrid Laurier by Réal Bélanger. Of all Canadian political leaders, Laurier is probably the most difficult for a biographer. He left abundant records and he dominated his times, yet his inner self remains elusive, making motivation and feelings difficult to assess. An enormously attractive human being with exceptional intelligence and political skills, Laurier found his ideal biographer in Réal Bélanger, who combines admiration with a fine historian’s awareness of his subject’s flaws and errors.

Sir Adam Beck by H. V. Nelles. I had not fully understood Beck’s historical significance or the sheer boldness of his ambitions until I read Viv Nelles’s biography of him. It integrates a shrewd appraisal of Beck’s political skills with a remarkable appreciation of technological and industrial change in the early 20th century. Nelles’s attention to detail is exceptional: I learned new details about the area where I grew up. 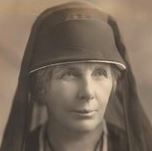 Anna Bella Peel (Durie) by Veronica Maddocks. A biography that captures the intensity and impact of the experience of World War I on many Canadian women. Maddocks describes a mother’s obsession with her son’s patriotic duty and then with the fate of his corpse. Maddocks does not mock her subject but carefully guides the reader through what others at the time thought was madness. Perhaps it was, but Anna Durie’s story also reflects time and place superbly.