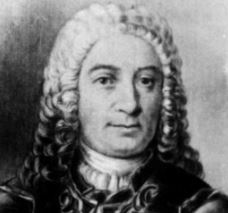 Charles Aubert de La Chesnaye by Yves F. Zoltvany. For me, this is the best biography about New France for its depth and the exhaustive research on the figure who is still considered the most important merchant-trader of the French regime.

François de Laval by André Vachon. The “saintliness” of the subject does not prevent author André Vachon (who has written a great many other biographies in the DCB/DBC) from painting a comprehensive and nuanced portrait of the man. An example of rigorous treatment and very well written.

Louis-Joseph de Montcalm, Marquis de Montcalm by William Eccles. How could I not include among my favourites one biography (among several) from the razor-sharp pen of William Eccles! It has to be said that the figure of Montcalm provides him with a fine opportunity to display his vivid style and assured conclusions. This biography seems to me more balanced than Eccles’s earlier one about Frontenac, in volume I, in which he leaves him no opportunity to acquit himself!

François Bigot by J. F. Bosher and J.-C. Dubé. Because I have included Montcalm and Bigot in the same list, my interest in the way the war of the conquest is handled will be evident to all! However, my main reason for including this biography is its remarkable example of collaboration between two seasoned historians in writing a fair, measured, and informed piece on such a controversial figure.

Joseph Drapeau by Céline Cyr and Pierre Dufour. This is a figure who is doubtless not among the most illustrious subjects but whose life is masterfully outlined by two frequent contributors to the DCB/DBC.

Honourable mentions: Most of the biographies written by Marcel Trudel could obviously be included here. I also draw attention to my personal predilection for the biographies produced by Serge Gagnon about several 19th-century French Canadian historians.